My first mermaid sighting was Ariel, the little Mermaid on Television 😀 As a child, such creatures were a huge fascination especially when they look so much like us. 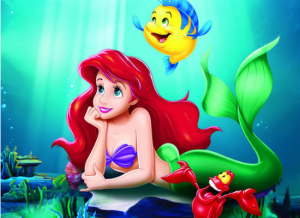 I got interested in a claim that Mermaids can actually be real and many were spotted at different countries. The descriptions of the sighting were eerily similar. 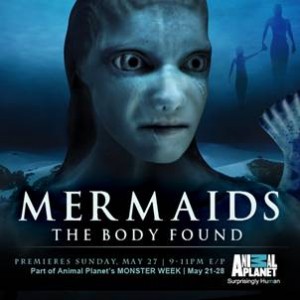 It all started when several whales was washed up ashore at the coast of Washington in 2004. They weren’t the only bodies along the shore.

They arrived at the site to see people in HAZMAT suits (NAVY) cornered off a part of the beach. As they were collecting the tissue samples, Dr. Rebecca noticed that the whales were bleeding from their ears. They believed this incident happened due to Navy Sonar Testing. They expected that the loud sound of Navy Sonar scared these whales to the shore and got them stranded there due to their heavy weight leading to the collapse of internal organs which resulted in death.

But further investigations lead to devastating truth which was far worse, there was no collapse but the damage on the tissue looked like blunt force trauma. They believed the whales had them as a result of Sonar Blast.

NOAA has equipment which would record audio marine life seismic activities. They decided to hear the nearest buoy which would have recorded the whole event.

They hear something else too while listening to the audio. A signature bloop which sounded nothing like the dolphins nor whales or any marine mammals. Comparisons were done with the recordings of dolphins and whales but this sound was different.

Now NOAA researchers only have the circumstantial evidence but the South Africa beaching a Kommetjie beach in 2005 reveals more astonishing details.

They found similar bloop signatures. There was dolphin chatter as though something was communicating with these dolphins.

In South Africa, they were able to get the remains of this creature found inside a shark.

After further investigations, their observations were that this creature had:

The whole reports, investigations, body were all confiscated even before it reached US. Much later, the samples were destroyed by the South African authorities claiming that the sample would have been contaminated because DNA of the creature was very similar to that of the human.

There was a sequel broadcast which aired this year called the Mermaids: The New Evidence.

I have noticed that the youtube video is not accessible to the people from United States.

It was more of a talk show. Dr. Paul Robertson was present for this show. They decide to review new evidences on the existence of mermaids.

So are mermaids for real… I don’t know what to believe anymore.

Here are the videos on both the documentaries :

A sequel broadcast called Mermaids: The New Evidence was aired on May 26, 2013.